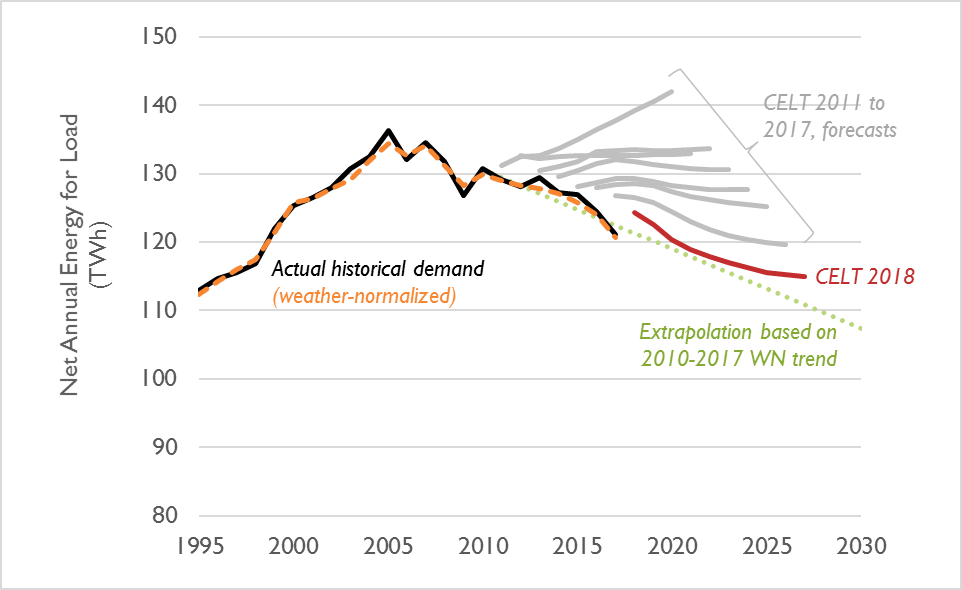 Figure 1 also compares the forecasted demand for electricity in CELT 2018 (shown in red) relative to an extrapolation based on the trend observed in the annual weather-normalized values from 2010 to 2017. Over the entire 2018-2027 period analyzed in CELT 2018, forecasted values exceed these extrapolated values by about 2 percent.

Figure 2 demonstrates these same trends for the annual summer peak. The summer peak forecast is critical because it drives the determination of future demand of New England’s generating capacity needs from power plants and informs planning of transmission lines. As with annual energy consumption, ISO New England’s forecasts for peak summer demand have steadily declined, with CELT 2018 forecasting that New England’s peak demand for electricity will be below 2004 levels by 2027 (on a weather-normalized basis). 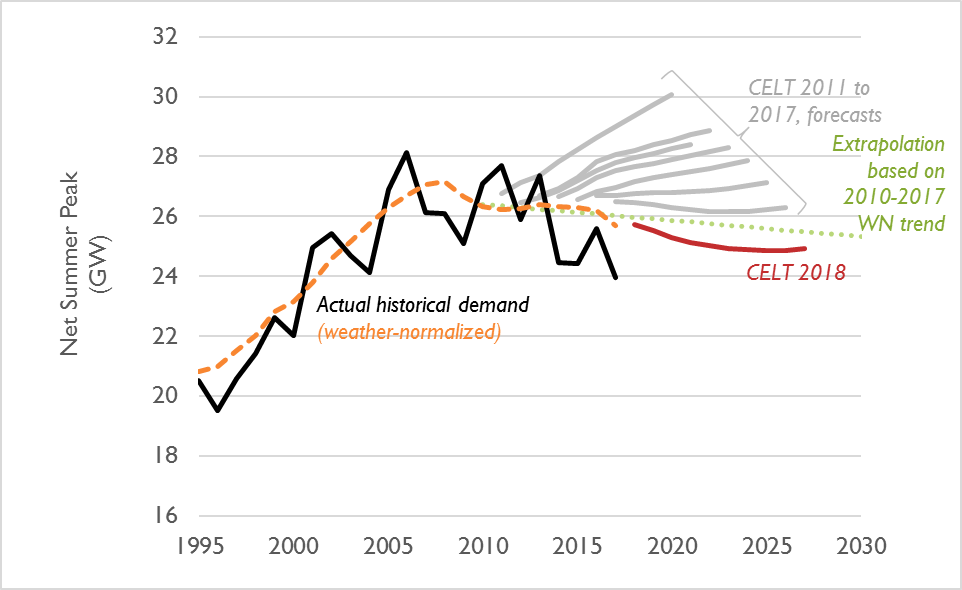 Figure 3 demonstrates these trends for the annual winter peak. While New England remains a summer peaking electricity system (with a forecasted 2018 summer peak around 25 percent higher than the forecasted 2018/2019 winter peak), winter peak forecasts are important for assessing the impacts of electric system reliability during a period when much of New England’s energy infrastructure is dedicated to space heating (i.e., when interstate natural gas pipelines are used both for electricity generation and for heating homes and businesses). 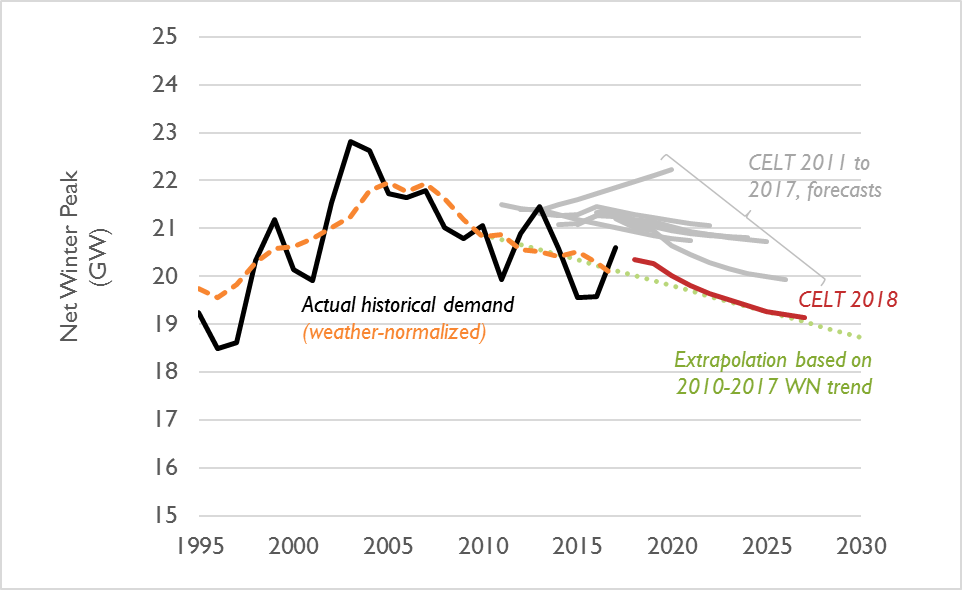 The major driver in the difference in ISO New England’s gross load forecast this year (i.e., before taking into account reductions from energy efficiency and solar PV) is a change in how the ISO New England incorporates historical energy usage and how it estimates future macroeconomic trends. The basis for each CELT forecast is an econometric model that forecasts future gross load and energy needs in the region, which is developed using historical energy usage in the region and macroeconomic forecasts as the key inputs.

Each year, ISO New England receives and relies upon an analysis of regional, and state-level, macroeconomic indicators from Moody’s Analytics, who forecast changes to the region’s gross domestic product, employment, housing stock, and population. Since around 2009, the economy has grown independent of growth in electricity consumption nationally and, in particular, at the regional level in New England. While Moody’s Analytics continues to forecast 2 percent growth per year (or so) in the economy every year in New England, such growth no longer appears to require a corresponding growth in either peak or annual energy usage in the region, a shift that appears to have been captured in CELT 2018.

Finally, it is important to note that ISO New England’s forecasts make no explicit assumptions regarding the future electrification of other sectors, including heating (via high-efficiency heat pumps) or the transportation sector (via electric vehicles). For instance, Bloomberg New Energy Finance forecasts that electric vehicles will be “price competitive on an unsubsidized basis beginning in 2025,” indicating that by the end of the forecast period for CELT 2018, the region may be in the midst of a substantial shift towards electrification of the transportation industry. Going forward, these trends will be increasingly important to follow and capture in future forecasts by ISO New England.