When is a MWh Not a MWh? Emissions Displacement and the Clean Power Plan

A key challenge that EPA, state agencies, and public interest groups involved in Clean Power Plan compliance planning are likely to face during the development of state plans, trading program initiation, and compliance demonstration, has to do with how emissions displacement interacts with state compliance options—and rate-based options in particular.

Energy efficiency and renewable energy (EERE) resources can, and do, reduce carbon emissions that would otherwise be released from electric power generating units (EGUs) on the grid. This “emissions displacement” occurs as new zero-emitting energy efficiency or renewable energy resources eliminate or reduce the need for megawatt‐hours (MWh) of generation from fossil‐fired EGUs. Typically, EERE displace operations from a mix of EGUs that burn coal, natural gas, and occasionally oil; once installed, EERE resources are essentially free to operate so they are called on to run before fossil-fired EGUs. 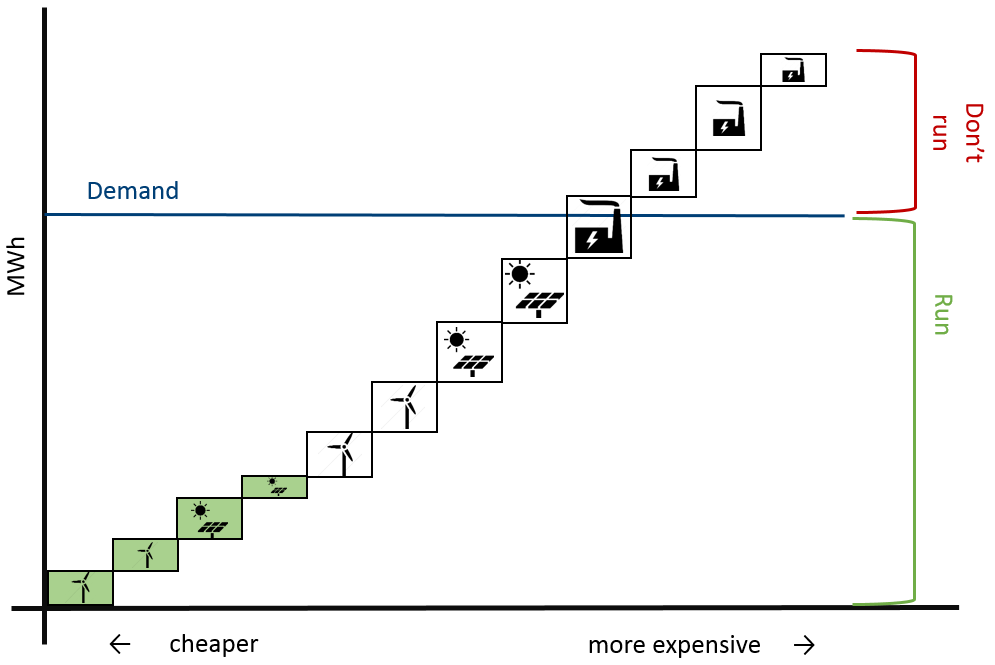 The degree to which clean energy resources reduce emissions is dependent on a number of factors, primarily the type and amount of other generation resources displaced. In a recent report, Synapse provides evidence that “the larger the proportion of higher carbon-emitting resources in a region’s existing generation capacity mix, the larger role energy efficiency and renewable energy can play in displacing CO2 emissions.” The figure below (excerpted from the report) highlights the regions with higher proportions of coal-fired EGU resources in their generation mix, and their comparatively higher displacement rates. 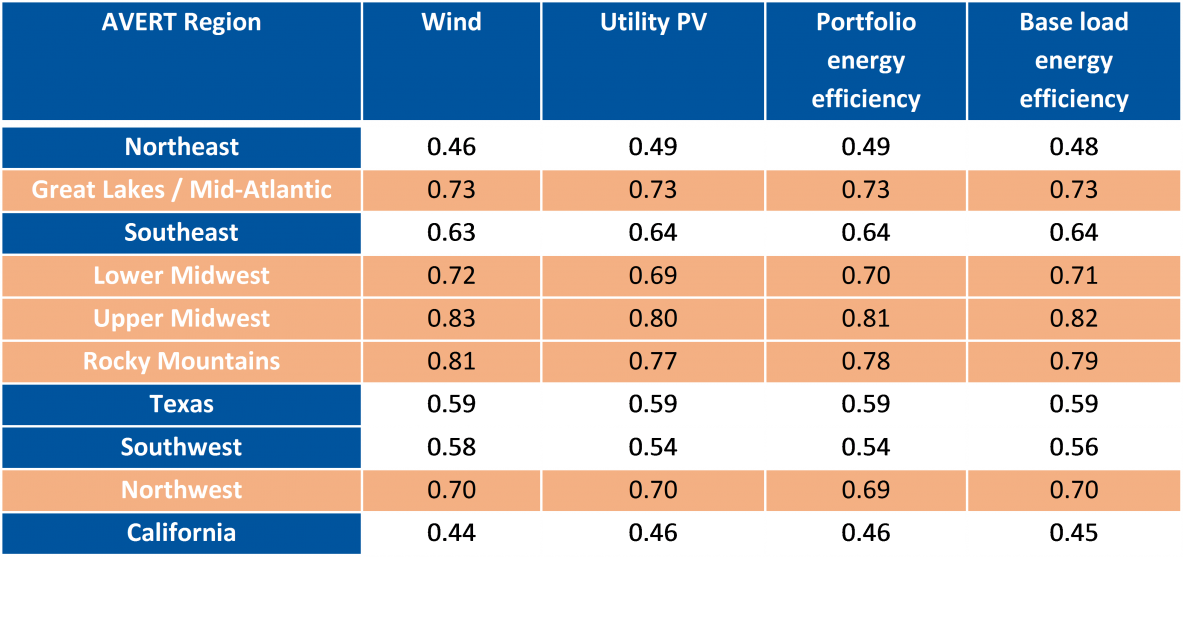 In its final Clean Power Plan ruling, released August 3, EPA explicitly accounts for the energy (MWh) and CO2 emission displacement effects of RE in the determination of the Best System of Emission Reduction (BSER) for fossil EGUs. This is a change from the proposed rule, in that the final rule increases the stringency of target emission rates, supplementing the MWh fossil generation in the denominator of the rate with the amount of new RE that displace fossil resources.

The simple schematics below depict the main difference between EPA’s proposed versus final approach to BSER and setting emission rate targets. 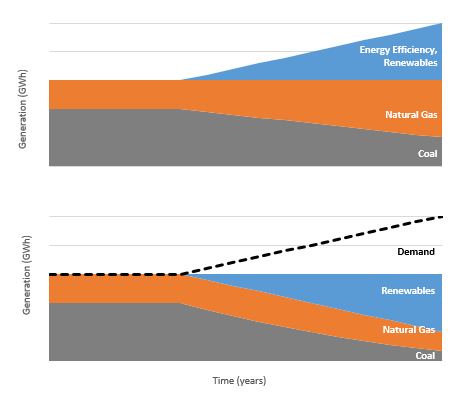 A key challenge that EPA, states, and many environmental advocates are likely to face during the development of state plans, trading program initiation, and compliance demonstration, has to do with how emissions displacement interacts with state compliance options—rate-based options in particular. Implicit in the specific values for the new sub-category specific emission performance rates based on BSER—1,305 lb/MWh for fossil-steam units and 771 lb/MWh for natural gas combined cycle units (NGCCs)—is that EGUs adjust their actual emission rates (those they will use to show compliance), with additional MWh of zero-emitting clean energy resources (e.g., EE, RE). For example, under a rate-based source-category specific compliance approach, fossil EGUs use the following formula to show compliance with EPA’s CO2 emission performance rates:

These Emission Rate Credits (ERCs), measured in MWh, can be generated from many different types of clean energy resources (EERE included), and they are precisely the mechanisms EGUs will use to dilute their stack emission rates down to their performance emission rate target.

The catch? ERCs can be traded across state lines and even between states in different regions, provided that the states buying and selling ERCs are both using the same rate-based compliance option (source category specific rates), or a producer in a mass-based state holds a power purchase agreement with the rate-based state. EPA included this trading option to increase flexibility in meeting targets and take advantage of a well-known mechanism for reducing emissions in an economically efficient way. However, we know from past experience, the existing literature, and Synapse’s own modeling that the potential for CO2 emission displacement varies considerably from region to region across the United States. As a result, the emissions displaced where an ERC is produced may differ substantially from where it is used. This characteristic of displaced emissions can ultimately place stress on CPP’s overall CO2 emission reduction goals.

Let’s break this down.

What can we do over the ensuing year to make sure that CO2 emission reductions are not less than the Clean Power Plan anticipates?  Synapse invites you to continue tuning in to our ongoing series of webinars as we explore this and other topics related to the final rule in the coming weeks.